OK, not all of those phrases. That last one, “Truth isn’t truth,” that’s from the President’s personal attorney, Rudy Giuliani. So it’s real, and recent. That shows you the timelessness and predictive power of Orwell’s “1984.”

Published 70 years ago this Saturday, the novel serves as a warning against absolute power of all kinds, against the manipulation of language, against the loss of independent thought. In 1949, critics thought the book might lose its relevance after the fall of communism. Here we are, 70 years later, with global authoritarianism on the rise, and fake news — and the manipulation of that very term itself — tearing at the fabric of democracy.

We look at Orwell’s message for this generation.

BBC: “Why Orwell’s 1984 could be about now” — “Reading ‘1984,’ George Orwell’s claustrophobic fable of totalitarianism, is still a shock. First comes the start of recognition: we recognise what he describes. Doublethink (holding two contradictory thoughts at the same time), Newspeak, the Thought Police, the Ministry of Love that deals in pain, despair and annihilates any dissident, the Ministry of Peace that wages war, the novel-writing machines that pump out pornography to buy off the masses: Orwell opened our eyes to how regimes worked.

“But now we can read ‘1984’ differently: with anxious apprehension, using it to measure where we, our nations and the world have got to on the road map to a hell Orwell described. Prophetic? Possibly. But stirring, moving, creative, undeniable and helpful? Yes. A book published on 8 June 1949, written out of the battered landscape of total war, in a nation hungry, tired and grey, feels more relevant than ever before, because Orwell’s 1984 also arms us.”

The Guardian: “Nothing but the truth: the legacy of George Orwell’s Nineteen Eighty-Four” — “December 1948. A man sits at a typewriter, in bed, on a remote island, fighting to complete the book that means more to him than any other. He is terribly ill. The book will be finished and, a year or so later, so will the man.

“January 2017. Another man stands before a crowd, which is not as large as he would like, in Washington DC, taking the oath of office as the 45th president of the United States of America. His press secretary says that it was the ‘largest audience to ever witness an inauguration – period – both in person and around the globe’. Asked to justify such a preposterous lie, the president’s adviser describes the statement as ‘alternative facts’. Over the next four days, US sales of the dead man’s book will rocket by almost 10,000%, making it a No 1 bestseller.

“When George Orwell’s Nineteen Eighty-Four was published in the United Kingdom on 8 June 1949, in the heart of the 20th century, one critic wondered how such a timely book could possibly exert the same power over generations to come. Thirty-five years later, when the present caught up with Orwell’s future and the world was not the nightmare he had described, commentators again predicted that its popularity would wane. Another 35 years have elapsed since then, and Nineteen Eighty-Four remains the book we turn to when truth is mutilated, when language is distorted, when power is abused, when we want to know how bad things can get. It is still, in the words of Anthony Burgess, author of A Clockwork Orange, ‘an apocalyptical codex of our worst fears’.”

Forbes: “As Orwell’s 1984 Turns 70 It Predicted Much Of Today’s Surveillance Society” — “George Orwell’s famous novel Nineteen Eighty-Four turns 70 years old next month. Looking back on its predictions and the state of the world today, how much did it get right in its predictions of a dystopian surveillance state where every word is monitored, unacceptable speech is deleted, history is rewritten or deleted altogether and individuals can become ‘unpersons’ for holding views disliked by those in power? It turns out Orwell’s predictions were frighteningly accurate.

“In 1984, it was the state that determined what constituted acceptable speech in keeping society orderly.

“In 2019, it is a small cadre of private companies in Silicon Valley and their executives that wield absolute power over what we are permitted to see and say online.

“In 1984, there were just a few countries to which most of the world’s citizens belonged.

“In 2019, there are just a few social media empires to which most of the world’s netizens belong.

“In 1984, it was the state that conducted surveillance and censored speech.

“In 2019, social media companies deploy vast armies of human and algorithmic moderators that surveil their users 24/7, flagging those that commit thoughtcrimes and deleting their violations from existence. Those that commit too many thoughtcrimes are banished to ‘unperson’ status by these same private companies, without any intervention or even in contradiction with the will of the state and without any right to appeal.” 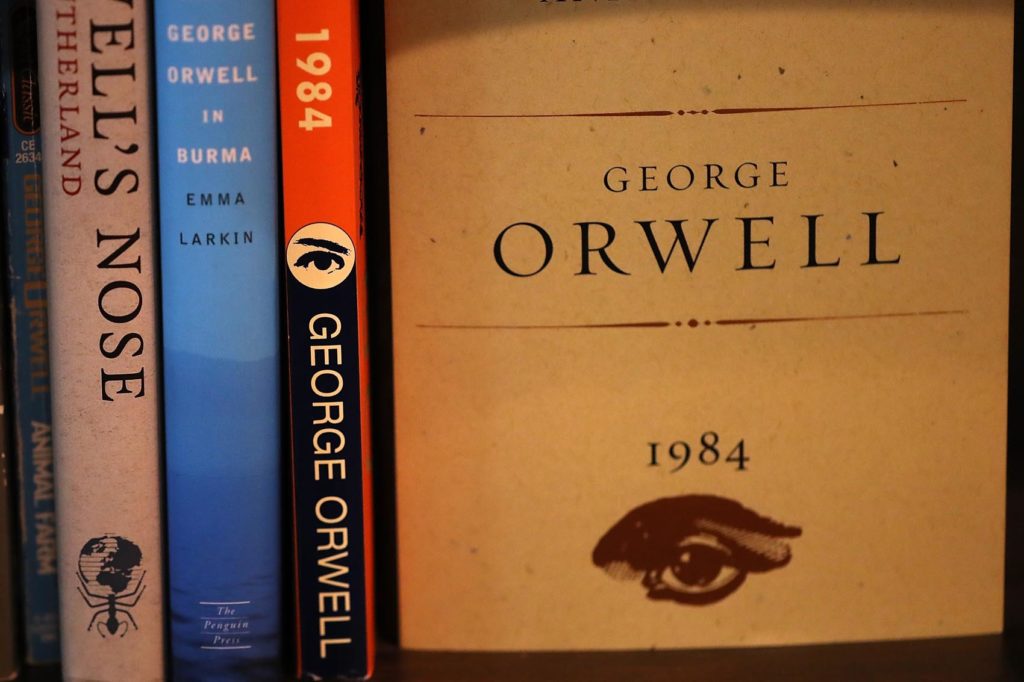